Far Gone and Out: recent works by Tres Johnson

Mostly self taught artist. I say mostly, because along the way, I have been fortunate enough to catch some classes at major universities across the United States. A lot of my self taught education with art, came from being able to sit for hours at the St. Louis art museum. I moved around the country a lot, and doing so I was able to soak in different cultures of different people, than what was common to me. Along the way I was developing two unique styles. On one hand i was in the studio, smearing oils on canvas, and scraping it all off. On the other hand I was looking at graffiti, and the early forms of street art, as letters were turning into characters. Anytime I painted “in the wild”, it was usually something political or punk rock related. Around 1996 I lived in Telluride, Colorado, where I, along with an artist friend would go into the mountains, and create metal/wood/bone sculptures. Since 1989 I have been in a few group shows in St. Louis, Scottsdale, and Omaha. It was when I moved to Omaha that the street combined with the studio art, to get me to the point I am at right now.

far gone and out:

The title is the name of a Jesus and Mary Chain song. If you don’t know the song take a moment to look it up.

As i started painting the pieces for this show, I was starting to feel nostalgic. I started listening to the music I was listening to in the late 80′s early 90′s. It was taking me back musically to some of the places I had been, and all the influences I have had along the way. A few of my major influences from music, literature, and art, have found their way into my work too. Somewhere in working on these pieces I realized that the way I was working the paint, was making my work look like it was on the side of a rusted train, or on a buffed/rebuffed wall. Something that a friend mentioned to me, at the last group show I was in, was to tell a story. That was at the forefront of my mind the whole time, while doing all this. One day as i was starting a piece it came to me. The story is of spots/trains where graffiti writers, hobo’s, artists all collaborate or battle. Someone comes along and buffs the spot, making it fresh for a new tag. The end result is a piece that is full of life and stories. While doing all of this, I have been developing my own “tag”, and “throw-ups”. I also have been working on pattern stencils, that capture my vibe. If I painted “illegally” in the streets, they are more than likely what i would be doing.

So with this show, as i finish painting the pieces, and thinking about how it should look when all set up. I am hoping for your help as well. I see this as part installation art piece too. The space will hopefully look to you like a subway tunnel in the late 80′s in New York. The music for the night will be a playlist of the music that I listened to creating the show(Cure, JAMC, The The, Bauhaus, and a few others). I would like to ask that you dress in 80′s goth style clothing to also fit the vibe. 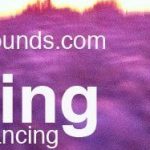