Saturday evening, February 9th from 6:00pm to 11:00pm, come check out the beautiful North Sea Films building and visit the Omaha Film Festival folks to discuss the upcoming Eighth Annual Omaha Film Festival. There will be plenty of time to socialize and meet filmmakers, screenwriters, and actors to discuss upcoming projects, and we’d like to take some time to talk about some festival specific topics.

For those in attendance, we will be unveiling our list of films for the first time to the general public, so this is your chance to be the first to know! As you know, we show some of the best independent feature films, documentaries, short films, animated shorts, and OFF the EDGE films every year, and we’re very excited about the films that we’ve chosen to showcase this year.

During the film announcement portion of the evening we will have an open dialog and encourage everyone to get involved in helping us market the specific films that we will be screening. This year’s festival has a little something for everyone and the more people that come and get excited about it and help us spread the word, the better the event will be for everyone.

We plan to have the OFF’13 posters and post cards available for those that would like to help us get the word out and we plan on having our 2013 festival t-shirts available for the first time as well so you can be the first ones to wear them!

There will be tons of door prizes and raffle drawings, including OFF t-shirts and festival passes, so come join the fun! 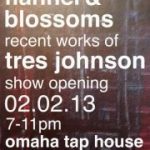