I am 42 years old and born and raised in Omaha, NE.

Career…s
I have owned two restaurants since 1995 and still own Julio’s West Restaurant which my wife has so graciously allowed herself to be taken hostage by, freeing me to take on new undertakings.

I was able to get  around the world as a business consultant for Home Instead Inc., a job I loved. I left the position in 2012 due to my health. SeeAround the Damn World Page & Home Instead Senior Care

I am currently candidate for an MFA in Fiction at the University of Nebraska, and serve on the Board of Directors for a literary magazine called Fine Lines out of Omaha.
www.finelines.org

Art
I wrote a song for Home Instead about Alzheimer’s. It can be found around the web. I have played shows in the past, but slowed down in recent years. I have recently put a project together called Bazile Mills. I have had writing published in Fine Lines Magazine, by the Omaha Restaurant Association, and a few other places, but really only seriously entered the publishing arena recently. I have completed four screenplays, two novels, and many shorts and essays with little attempt to get them published; something hopefully the MFA will change. 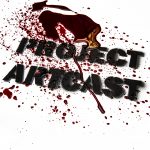